The Tea Tables of Seol Seok-cheol

Go ahead and get your credit card, your going to need it.

Just thought I,d post about "Antiques Alive"  for anybody interested. I accidentally stumbled upon this site and found that they offer some very interesting and cool handmade items that are made by Korean master craftsman.  I,m not going to go into any details about the company or any of the artists, all that info is available on their site. But I will say, Seol Seok-cheol's tables are very cool, mines on the way here. They also sell Korean tea. Though they don't say who the maker is they do state that it's handmade from wild tea bushes.

To find the tea and tea wares on Antiques Alive click on "For The Table" section. 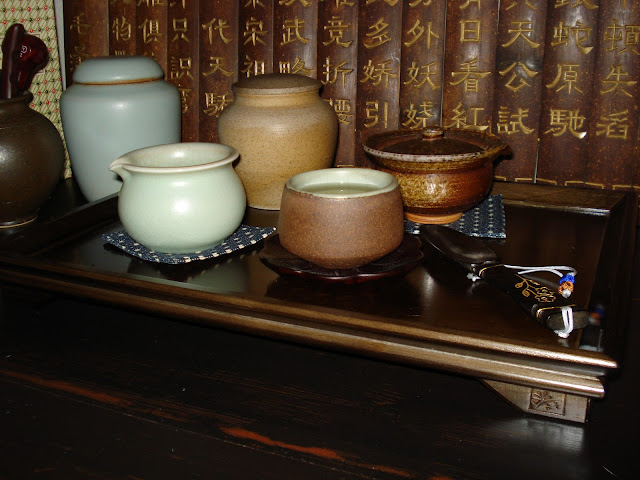 The table I chose is one of the more basic designs and made from Paulownia.
﻿ 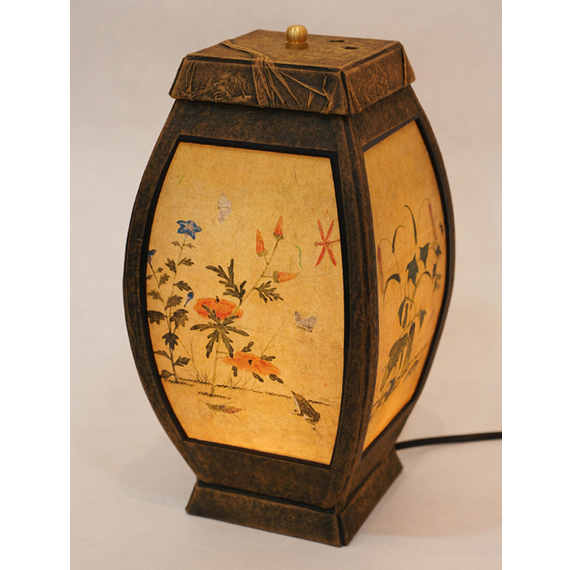 Handmade lamps that are made from Mulberry paper. 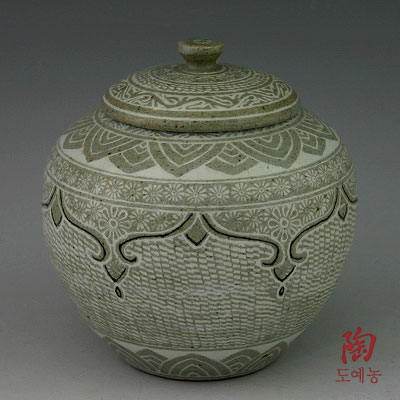 A few weeks ago I had received my Korean tea samples from Pedro (Dao Tea) and of all the teas that were included in the tasting this Balhyocha was the one that really intrigued me, very different from any other tea Ive had before. I just had to have some more of this Balhyocha, or, "Yellow Tea" as Matt has referred to it, for further tastings. Thanks Pedro! A superb handmade tea by Tea Master Kim Shin Ho. 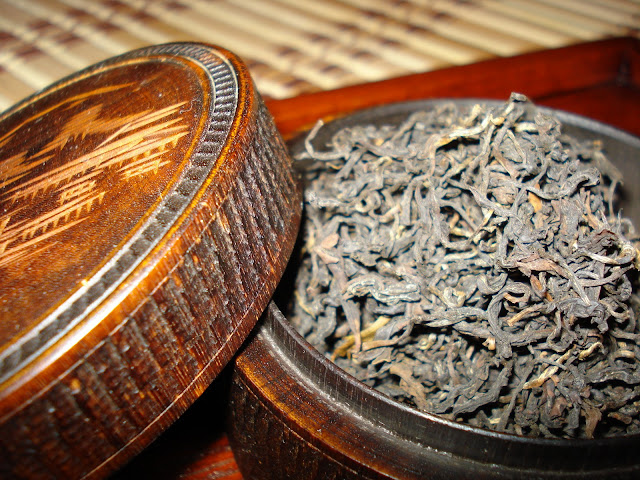 A Japanese Cherry Wood Coaster Set  from the 1950's﻿
As you can see for yourself the dry leaf is chunky and thick. I love chunky and thick, what that tells me is there are many, many infusions to be had. The tea smells of malty roasted grain, honey, raisins and a touch of cocoa. Ive had to experiment a little to get Balhyocha's to brew correctly, or rather, to my liking.  Initially when I first brewed these teas I felt that I wasn't extracting all the flavors this tea had to offer. Water temperature and infusion times needed to be adjusted. Spring water brought to the boil and cooled to 185 degrees, plenty of leaf, quickish infusion times brought out the flavors that I knew this tea possessed but I had missed when first attempting this tea.

Balhyocha is a really unique tea, the malted grain and honey notes are a perfect match with the cocoa aspects. This tea is just slightly sweet. Something Ive noticed with all of these Korean teas is that they trick your other senses into perceiving that they are sweeter than they really are. The tea smells of honey, very much so in fact. But when you taste it, it's not as sweet as you thought it was going to be. Now, I,m not saying that's a negative thing, just making observations. 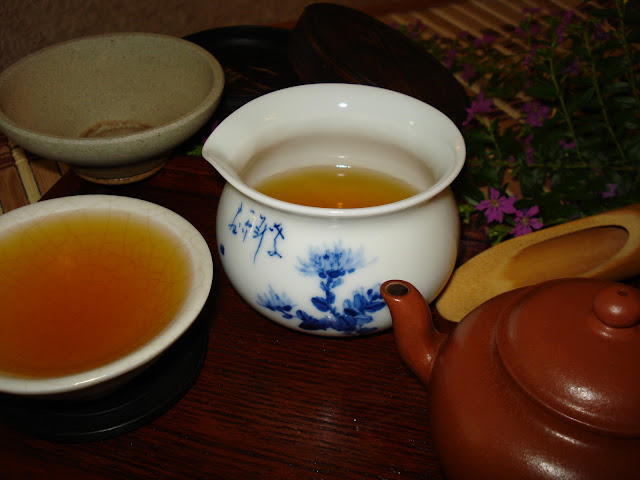 Using more leaf and quicker infusions brings out the best in this tea. And of course the durability was increased by bumping up the leaf quantity, four to five good pots. This Balhyocha is quite rich, almost (but not quite) buttery in the cup. My first impression of these "Yellow Teas" is that they were good, but not very complex. Ive since changed my mind. Yesterday while drinking this tea I noticed some lilac florals in the later infusions. Such a gorgeous tea! Ive been trying to restrain from drinking this stuff up, trying to make it last a while. But it's just so damned good I bet I devour it all within a week. Pedro, you may be hearing from me again shortly.
7 comments:
Labels: Korean Tea
Newer Posts Older Posts Home
Subscribe to: Posts (Atom)