In a recent episode of Tea Goober we talked about Jukro,s 2013 Sejak. Now it,s time to try Jukro,s 2013 Jungjak. Sejak grade tea is usually made from the second flush, while Jungjak is made from the third flush. The first flush is called Ujeon, but who can afford that? Not me! If you would be so kind as to click on the link above you will see the difference in the dry leafs appearance. The Jungjak grade is noticeably thicker and chunkier. The dry leafs aroma is heavier with the smell of pine, grain, honey and slightly herbaceous. 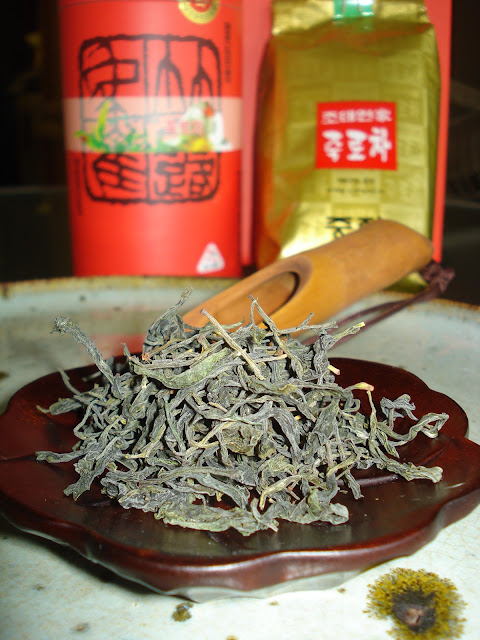 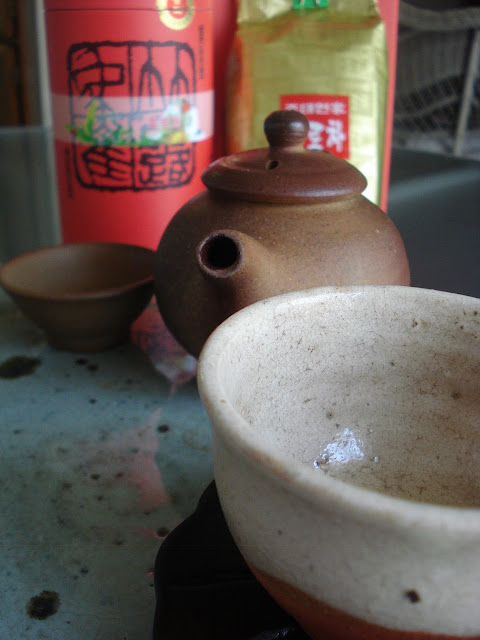 Park Jong Il,s tea ware has such personality. It,s hard to put my finger on it but they seem to be kinda whimsical. From this angle it reminds me of a Carp gasping for air. Maybe he is hungry for some good tea. 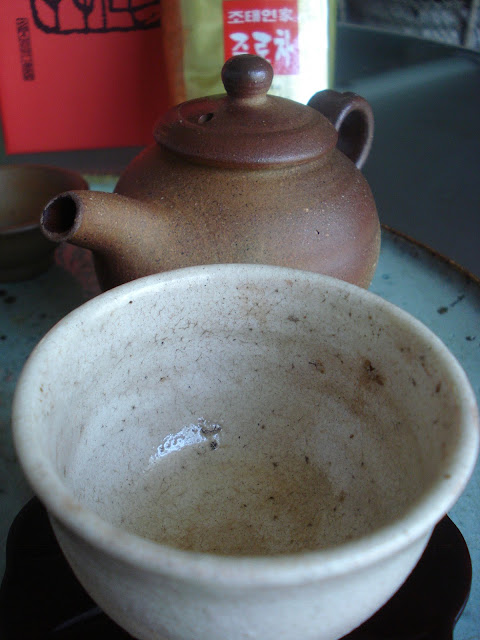 Park Jong Il,s cup has gone through quite a change in appearance. The interior is speckled with tiny little flecks of discoloration and blisters. I like this pot and cup very much.

I,m not gonna go on and on describing the teas flavor as it progresses through consecutive infusions. The color of the soup is darker than the Sejak grade. Much heavier and richer. I enjoy both Sejak and Jungjak but if I had to choose one or the other, it would be Jungjak. I like big flavors and aromas.

If you are interested this tea can be found at Good Green Tea. It,s not cheap. I guess that goes without saying though. Korean teas never are.
Labels: Korean Tea