Like me, this tea is getting to be quite elderly but not quite ready to retire. Sam at Good Green Tea is offering a line of Jukro teas, as well as Hankook and Ssangkye brands. Sam's a real nice guy and offers these teas at a fair price and free shipping. By the way, he is pretty darned fast at getting his orders out, it's never taken more than two days for me to receive my order. My purchase consisted of this Sejak and Jukro's Jungjak.

Being from the 2011 season I was a little hesitant to spend my hard earned cash on these teas. But then again, I was very surprised when I had tasted Ssangkye's 2011 Jungno, tasted as fresh as could be and was a superb Korean green tea. So what the hell......I went ahead and placed my order. 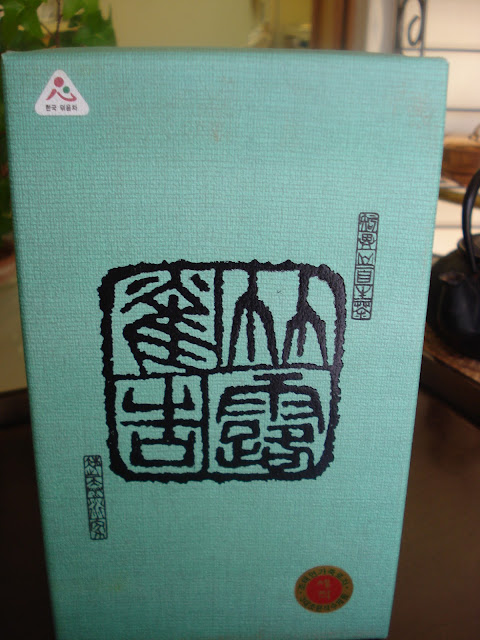 Such elaborate packaging. Jukro's teas come in 80 gm. containers but are packaged in two 40 gm. sealed packets and thrown in for good measure is a small bulldog clip to re-close the bags after opening, these guy's think of everything. 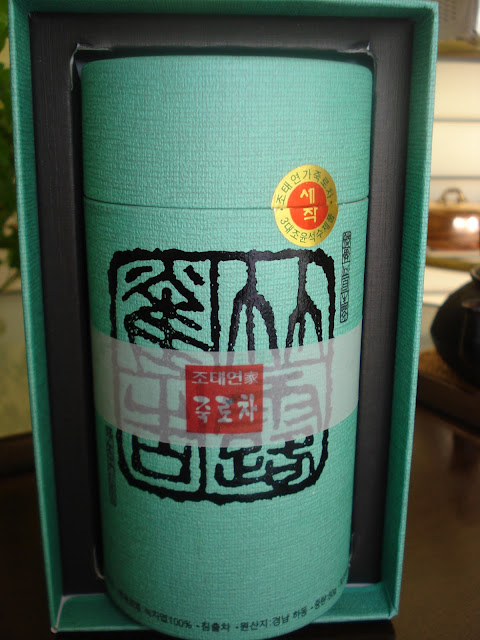 The dry leaf is long and spindly, mostly whole un-broken leaves. I guess all that packaging paid off. It smells very fresh and green, kind of an earthy, foresty green. In the background there is the faintest of pine or sap aroma's that are just begging for some hot water to let them come out to play. 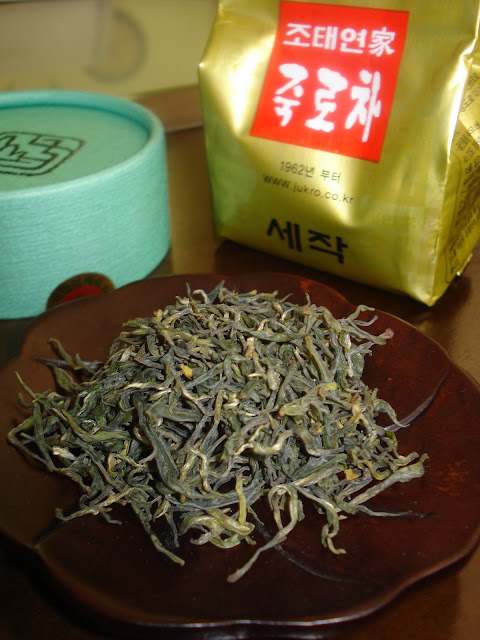 So the waters been heated, the table set, let's get down to business and see what we have here. 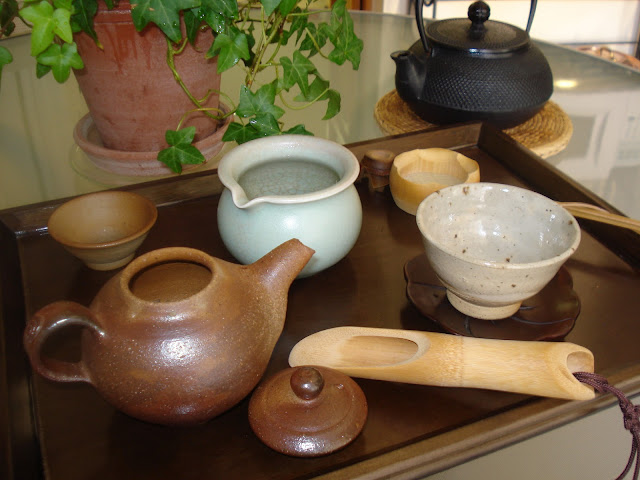 Just as I expected, there it is, the whole rooms been filled with that smell that is so unique to Korean tea's. Toasted grain and honey with the aforementioned pine and sap playing their part. So clean and pure, but quite earthy and foresty at the same time. Jukro's tea's seem to me to be a little more down to earth and wild tasting than other Korean tea's Ive had, maybe that's their niche. 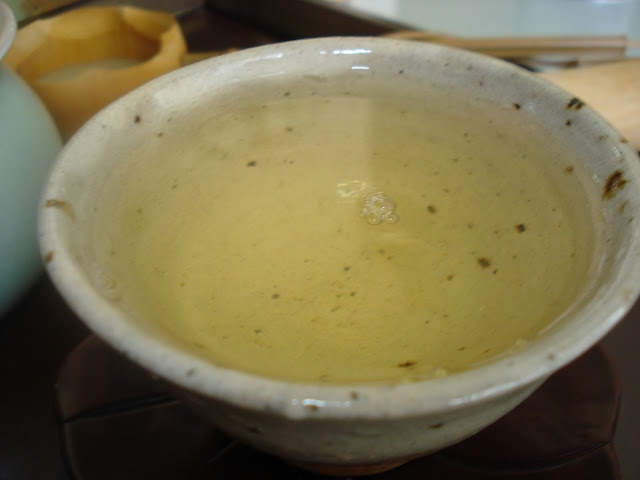 The cup brews up so clean and crystal clear. The same notes of grain and honey that is in the aroma are in the tea's flavors as well. In the aftertaste the pine is the most noticeable aspect, along with a very subtle sweetness. 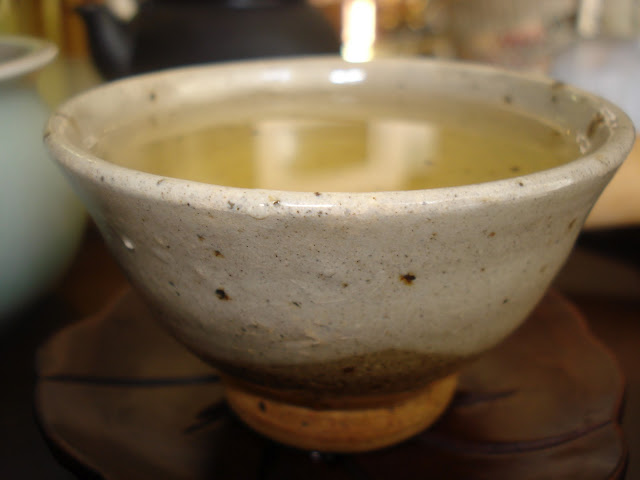 You can see for yourself that the picking standard was pretty good, mostly whole leaves. A very fresh vibrant green for being a year old now. Typically they turn a green grey with time. I consider the price of this tea as money well spent. No regrets, I,m loving every sip. The flavors hold up pretty well through 3-4 infusions. Never becoming overly vegetal and chalky, but remaining the same as it started, just toning it down with each additional infusion until the leaf is spent. Though in the later cups there is a little tartness, it's barely noticeable, and not necessarily a bad thing.﻿ 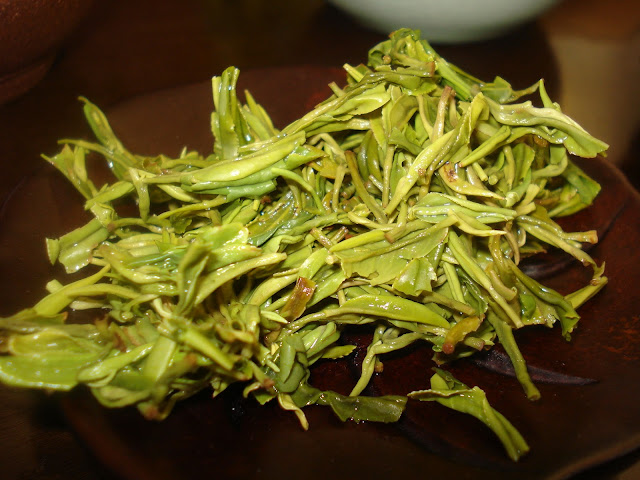